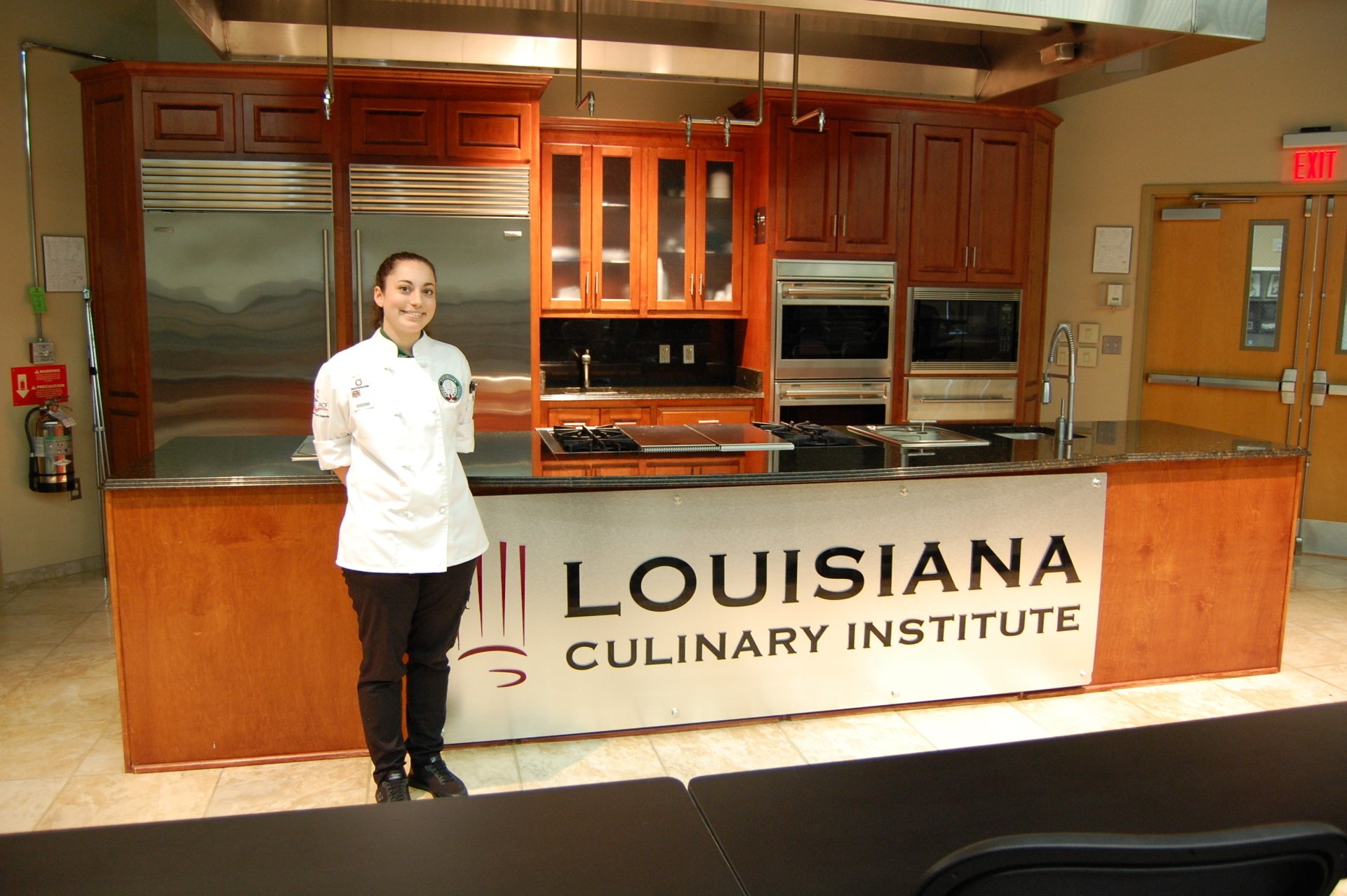 style competition pits LCI’s top students against one
another through a series of challenges. The students create original dishes from
a mystery basket of ingredients and the winner earns the opportunity to join
the American Pavilion cooking team at the Cannes Film Festival in May. During
the festival, the winner cooks at the main gathering area, preparing over 1,000
meals each day, catering parties, press events, receptions, and luncheons.

This year’s winner, Katy Fernbaugh,
chose to prepare a ravioli dish and a stir fry. The students were required to
use all of the ingredients given to them, and the qualifiers were four ounces
of protein, starch and vegetables. “I was the only student who made pasta from
scratch,” Katy explained. “It was a risky move, and I believe it set me apart.”
Because the students had to submit a menu in only fifteen minutes before cooking
began, Katy recalls having to think on her feet and make strategic decisions.
“I’ve always liked working individually – I like knowing that it’s all on me.”

Katy believes taking advantage of
all Louisiana Culinary Institute has given her prepared her for this
competition. Prior to winning Race to Cannes, Katy had the opportunity to work
for the Masters, and it was there that she realized all of the practical
knowledge LCI had already provided her. “My education far surpassed some others
that had gone to a four-year college! The program is fully immersive and
condensed –I have been eating, breathing and sleeping culinary school for the
last 16 months.”

If you’re considering attending
culinary school, Louisiana Culinary Institute is the premier choice. Katy has
chosen to pursue a degree in

. As far as advice for other current or prospective students,
Katy believes that you’ll never know what you’re capable of unless you
challenge yourself. “Deciding to attend culinary school was a leap of faith,”
Katy explained. “Go ahead and jump – if you fail, you might even learn more
than if you succeed.”