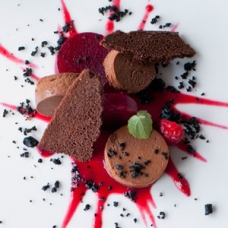 With scientific food pairing you can add some surprising ingredients to take your traditional dessert to a whole new level. Beetroot shares woody notes with chocolate and floral aromas with raspberry and even matches olives.