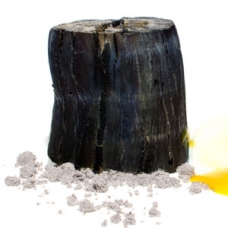 This deliciously strange dish will have the whole table talking. Simple and creative, the edible charcoal made from cassava was inspired by 2-Michelin star Chef Andoni Luis Aduriz of Mugaritz in Spain.

All rights reserved © Shopsousvide.com - For all your Sous Vide Cooking needs | 2017 | sitemap