Get on Board: The Latest in Louisiana Seafood Event to be Held at LCI 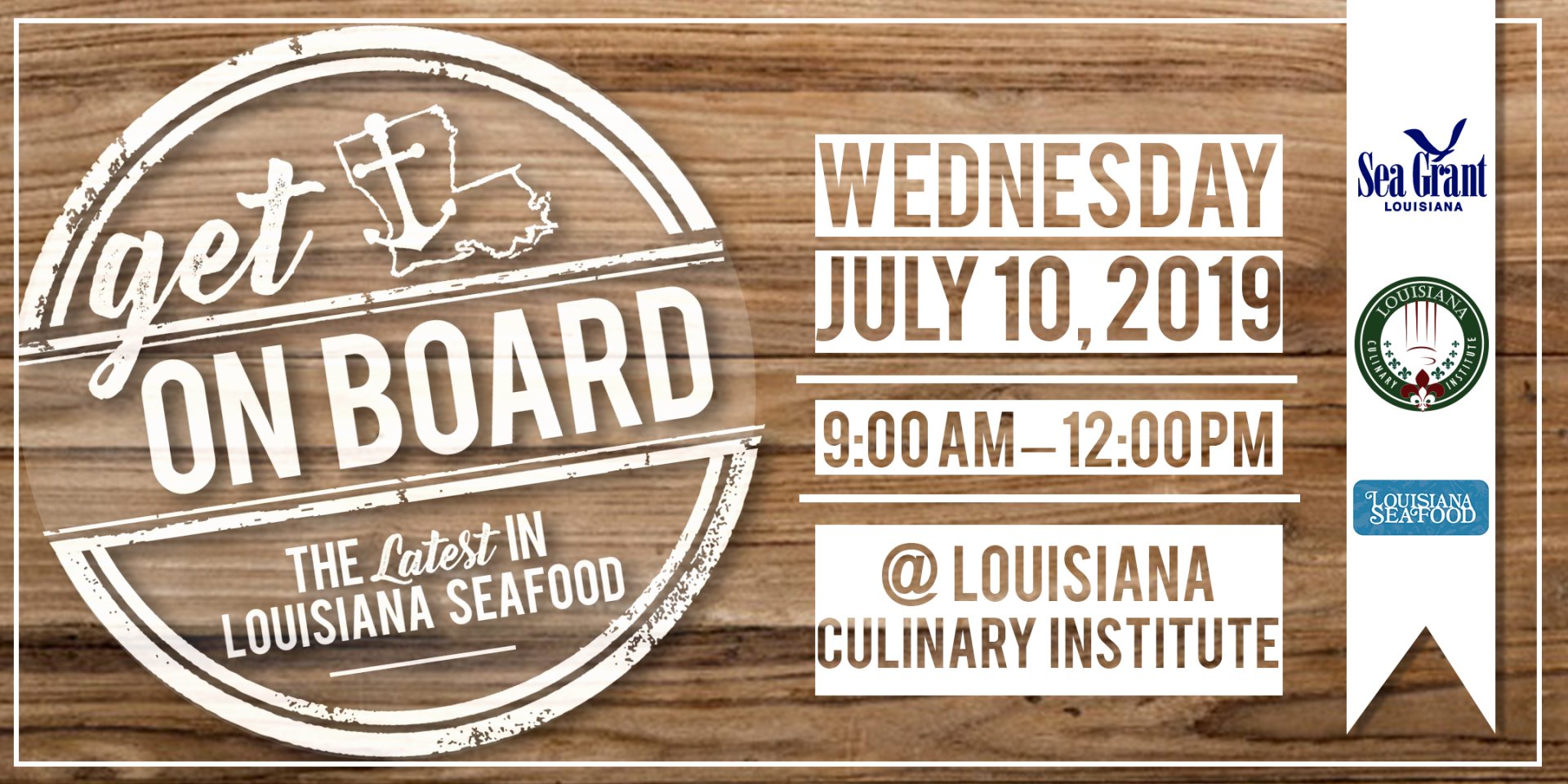 On July 10th, from 9am to 12pm, Louisiana Sea Grant will host a collection of chefs, fishermen, and seafood professionals at Louisiana Culinary Institute. Chefs and industry professionals will be talking about Louisiana seafood, answering questions, and performing demonstrations.

The three featured chefs include Chef Justin Ferguson, Chef Michael Gulotta , and Chef Jeff Mattia . Ferguson, a Baton Rouge native and Michelin recognized chef most recently oversaw four restaurants in Chicago, including the Michelin Guide Good Standard La Storia. Chef Justin has returned home to Baton Rouge to bring the best of seafood and barbeque to southeastern Louisiana as partner and chef at BRQ Seafood and Barbeque . Gulotta was named Food and Wine’s “Best New Chef” in 2016 and is the co-owner and chef at MOPHO and Maypop in New Orleans. Before opening his restaurants, Gulotta cooked for six months in Laguria, Italy, and then for several years in the Black Forest of Germany. Mattia is the executive chef at Royal Sonesta New Orleans. He began cooking in the U.S. Marine Corps before earning his culinary degree and serving as the chef de cuisine at the Mohegan Sun Casino and executive sous chef at Hyatt Regency New Orleans.

This event will also feature a panel of fishermen that will discuss their different products, as well a variety of trends and topics in the industry. Some items that will be discussed include: The Myths of Fresh and Fresh Frozen, Modified Atmosphere: The Opportunities and Handling Requirements, and Louisiana Crab: The Ins and Outs of New Product Forms and Soft Shell.

Chefs, buyers, and restaurant industry professionals are all invited to this free event that will be full of demonstrations and conversations. The first 20 people to register will receive a sample pack of seafood.