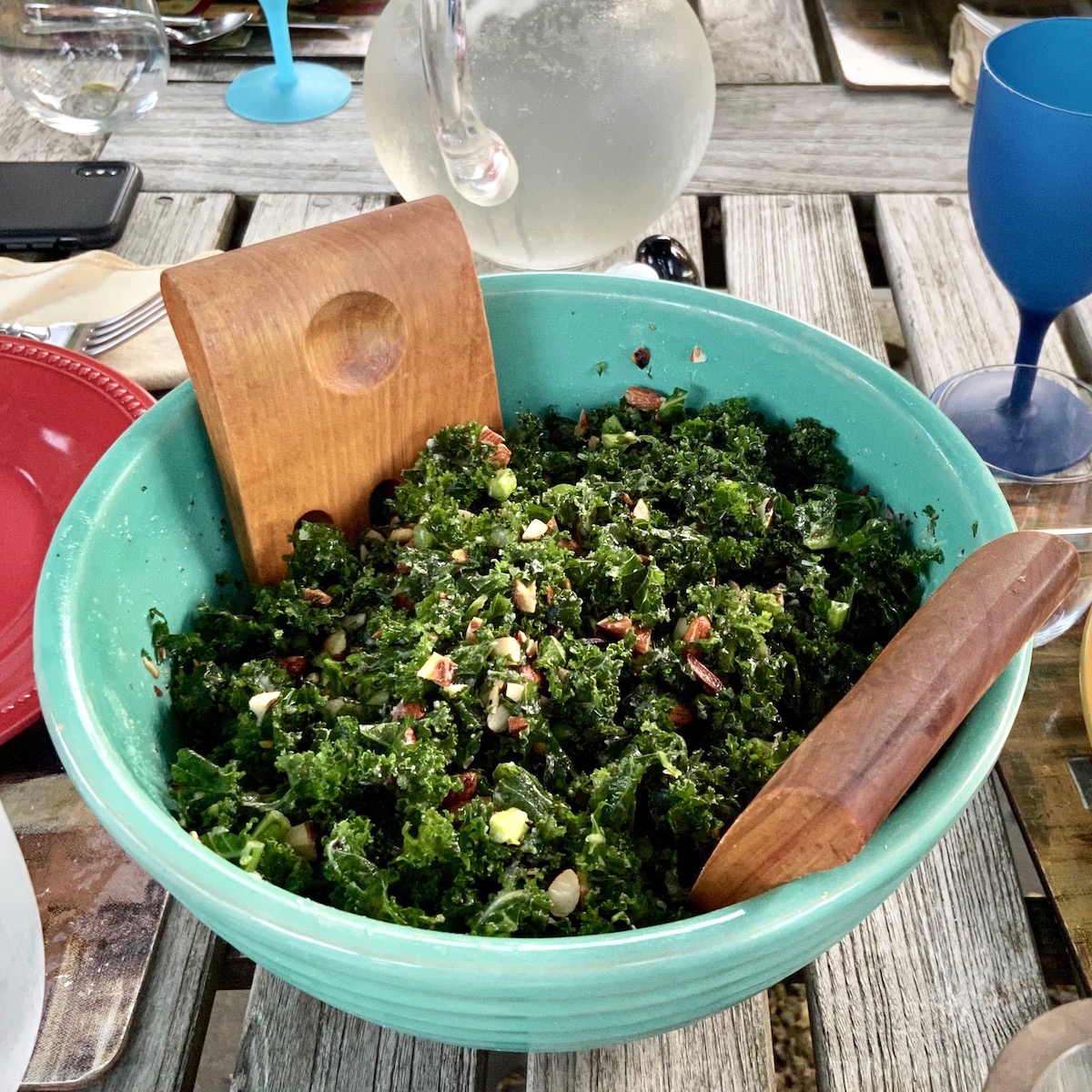 A Lemon Garlic Kale Salad Now Is One of My Favorites

Back in May, my oldest daughter Nell came home from college with her boyfriend Emir. We wanted to make them something special for dinner and the kids said they wanted to help by making this kale salad with lemon and garlic dressing they found in the New York Times. 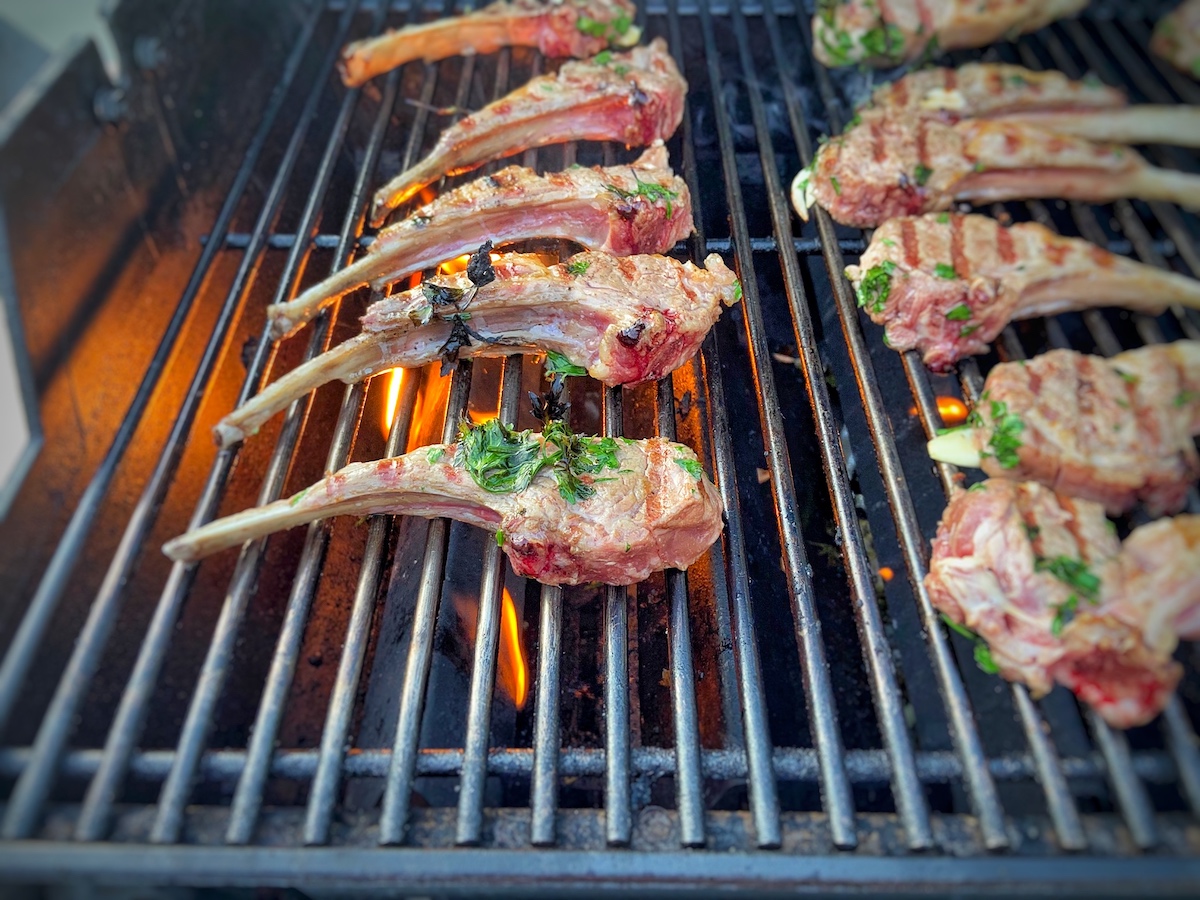 We knew from Nell, Emir loves lamb. So we picked up a couple of racks of lamb ribs consisting of eight ribs each for a total of 16.  When cut between the ribs, these tender “lollipops” are incredible when grilled to medium rare.

The rack we purchased from Costco was already “frenched” or exposed. This means the meat was cut off from the bone end of the rib chop. It is not necessary to do this, but it does make for an extravagant presentation.

Almonds – The original recipe calls for sliced almonds but we didn’t have any so we substitute whole almonds, put them into a zip lock bag and broke them up into pieces with a rolling pin. Sliced almonds are readily available in most supermarkets.

Kale – This is a kale salad so how do you substitute it. You don’t but I think this salad could easily be called Spinach Salad with Lemon Garlic Dressing.

Lemon Juice – Don’t use bottled lemon juice for this recipe. You won’t be happy. 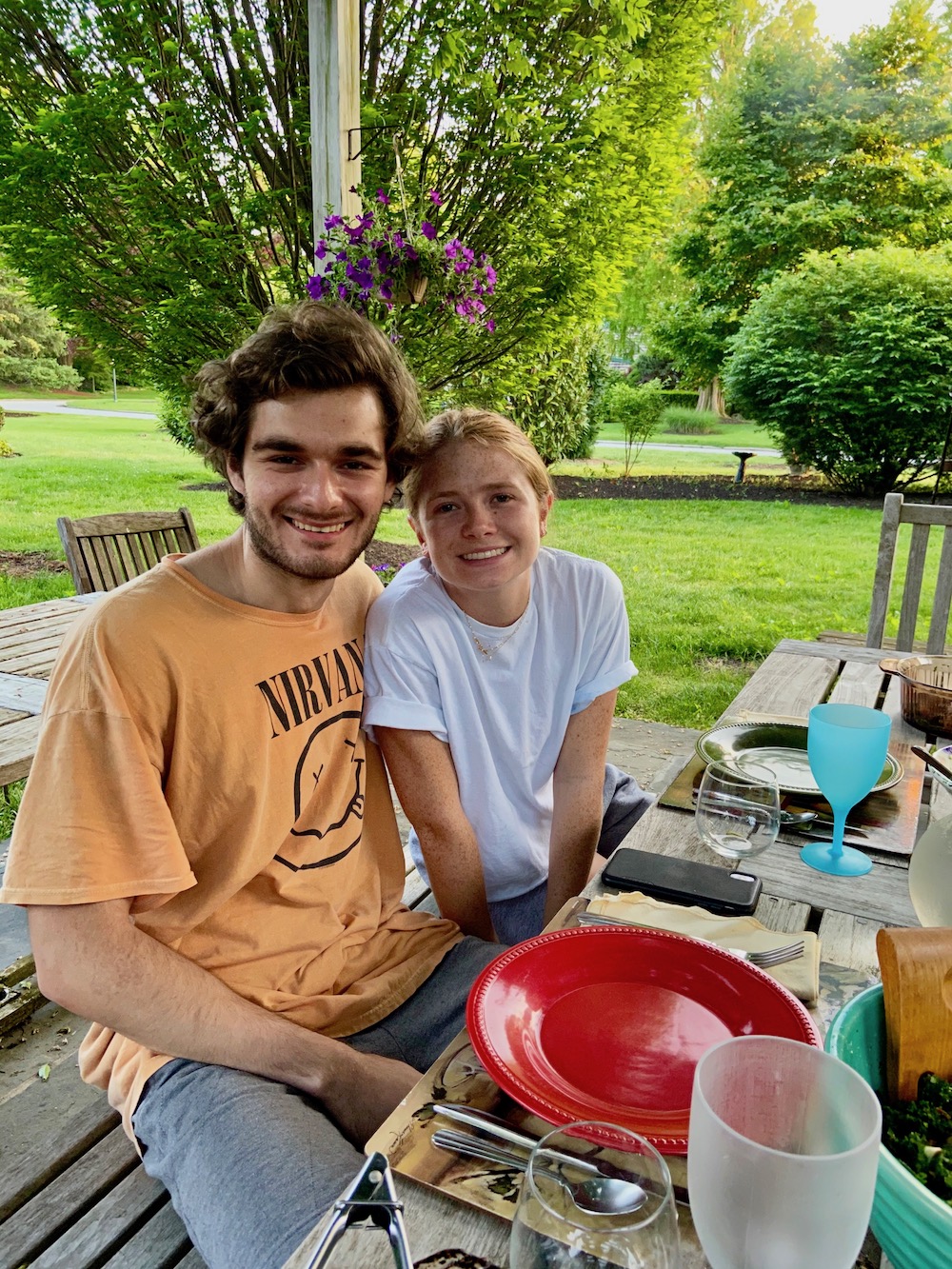 A great salad easy to prepare and delicious

Put the Salad Together